What this Tiny, Annoying Washing Machine from Shanghai Taught Me

While I was writing the about page for this website today (yeah… it was about time 😅 pun intended), I was browsing through a bunch of my old pictures and videos.

Of all the material in there, there was one video that stood out to me. This one, it’s actually the full video:

Can you imagine? Of all the many great memories I have from all over the world from the past decade, it was this video that stood out. There wasn’t a single other picture of video that made me smile as much as this one.

I was thinking about it for quite some time today. Why did I love this washing machine so much? Let me explain.

The story behind the washing machine 👖

I actually bought this washing machine about 10 years ago – gosh, I can’t believe it’s that long ago already.

I had just moved to Shanghai for a 3-month internship at Philips Lighting. They suggested that I move into a hotel, since it’s easiest to arrange for such as short stay.

It sounds pretty good right? Living out of a hotel for so long 🙌

Though it’s not exactly what you’d expect. The hotel was located in the outskirts of town. There were no tourists there. No English menus at any restaurants. Heck, people didn’t even understand the difference between ‘yes’ and ‘no’ in English.

The hotel itself was just OK. It had a bed, a small bathroom and a desk. No other facilities. Just that. Not even a way to do my laundry. At least, not anywhere near.

So… I decided to get myself a brand new portable washing machine.

But honestly, it was a hassle to use.

It was extremely small, so I could barely fit in any clothes. It made a lot of noise. And its rotating forces would make it “walk”. It often walked so far in fact, that it would just unplug itself. Just like it does in the video.

Since the washing machine was so clearly inconvenient to use, why did I still love it? After doing some thinking, I believe it’s because of the joy I find in discovering something new.

From annoying to enjoying 💙

You know how everyone values different things in life? One of my core values is discovery.

I simply love discovering new things. Things that surprise me. Or things that I didn’t know before. It can be as simple as trying a dish I don’t know in a restaurant. Or watching a new movie. I even love trying out new sports. Any sport!

Whenever something is new to me, I want to try it. And even if I hate something afterwards, I still love the activity of trying it.

So when I got this washing machine, I was genuinely excited. I mean, I didn’t even know these portable washing machines existed. I was curious how it would work.

Besides, it was bright blue – my favourite colour! I loved this thing before I even got it. Despite how annoying it was…

In fact, maybe that made me love it even more 😅

The washing machine was the only product I bought for my temporary home. Over time, I became attached to it. Like a little blue, electronic kid that constantly walked away and annoyed me by unplugging itself. Time and time again.

It had a character. And that character came to define my home in Shanghai.

So when I saw the short video today, of course I smiled. For three months, that annoying little washing machine was my home. 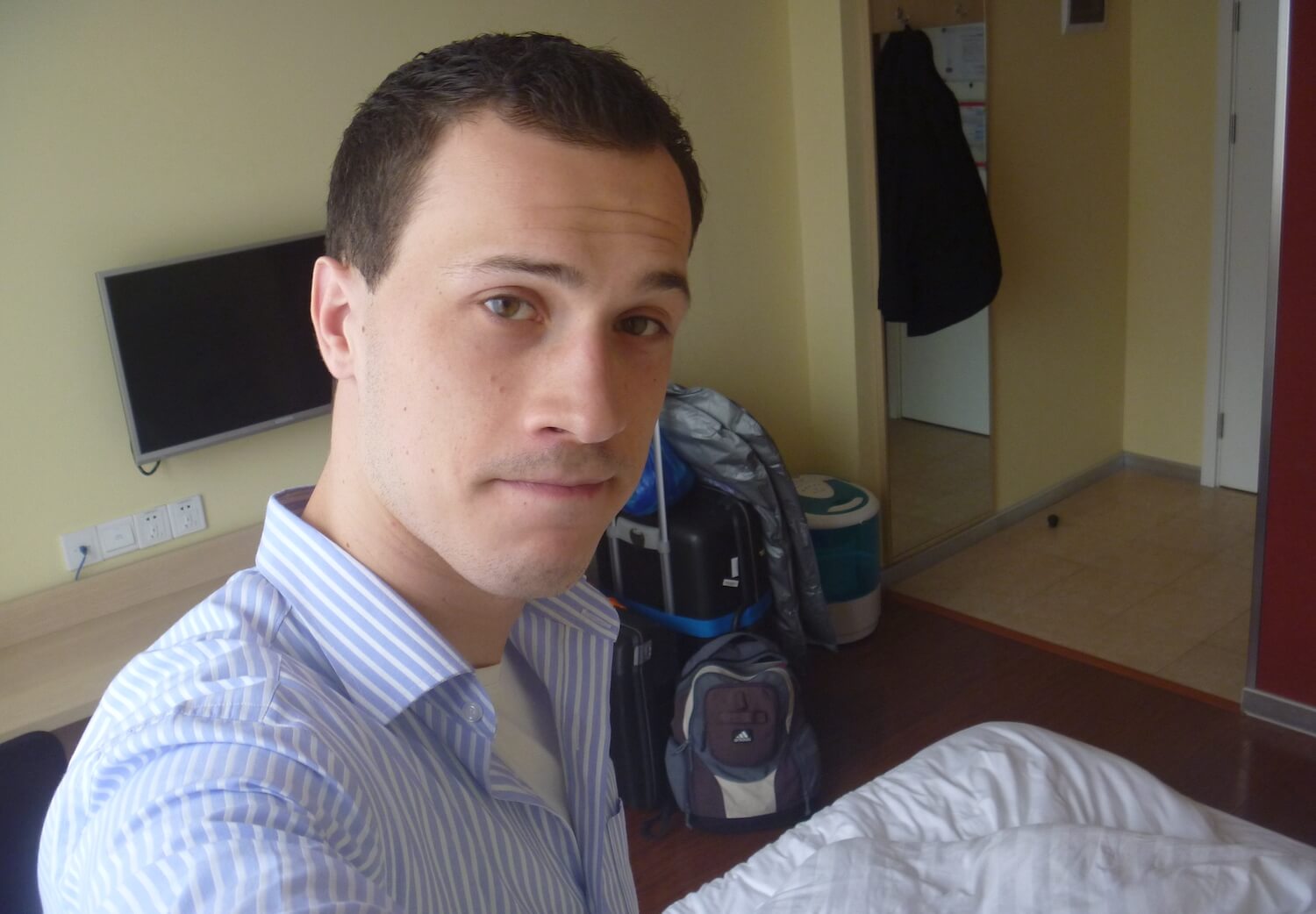 As you can imagine, it wasn’t easy to say goodbye 🥲

The moral of this story ✌️

Thinking about the washing machine today made me realise two things.

1️⃣ Discovering new things is a lot of fun and I should pursue this more in my daily life. In fact, I bought a ticket for the Rotterdam Brewery Run (it’s like a marathon and beer tasting in one) this very evening.

2️⃣ Sometimes the things that annoy us most, can also bring us the most joy. You might miss them one day, when you move to a different place for example.

I’m sure that you have some examples of your own. Of things that used to annoy you, but that you now miss. Please share them with me! I’m curious.

Though if you take anything from this story, I’d say: try to cherish the experience rather than the outcome. Find joy in trying. Laugh about something that annoys you with your loved ones. Let positivity win, always.

It’s how I try to live my life every single day. And I can tell you: it feels awesome ☀️💪

So the next time you’re annoyed by something: remember my tiny, blue, walking washing machine. Maybe it’ll make you smile, just like it did me today.