Today I moved into a new place. 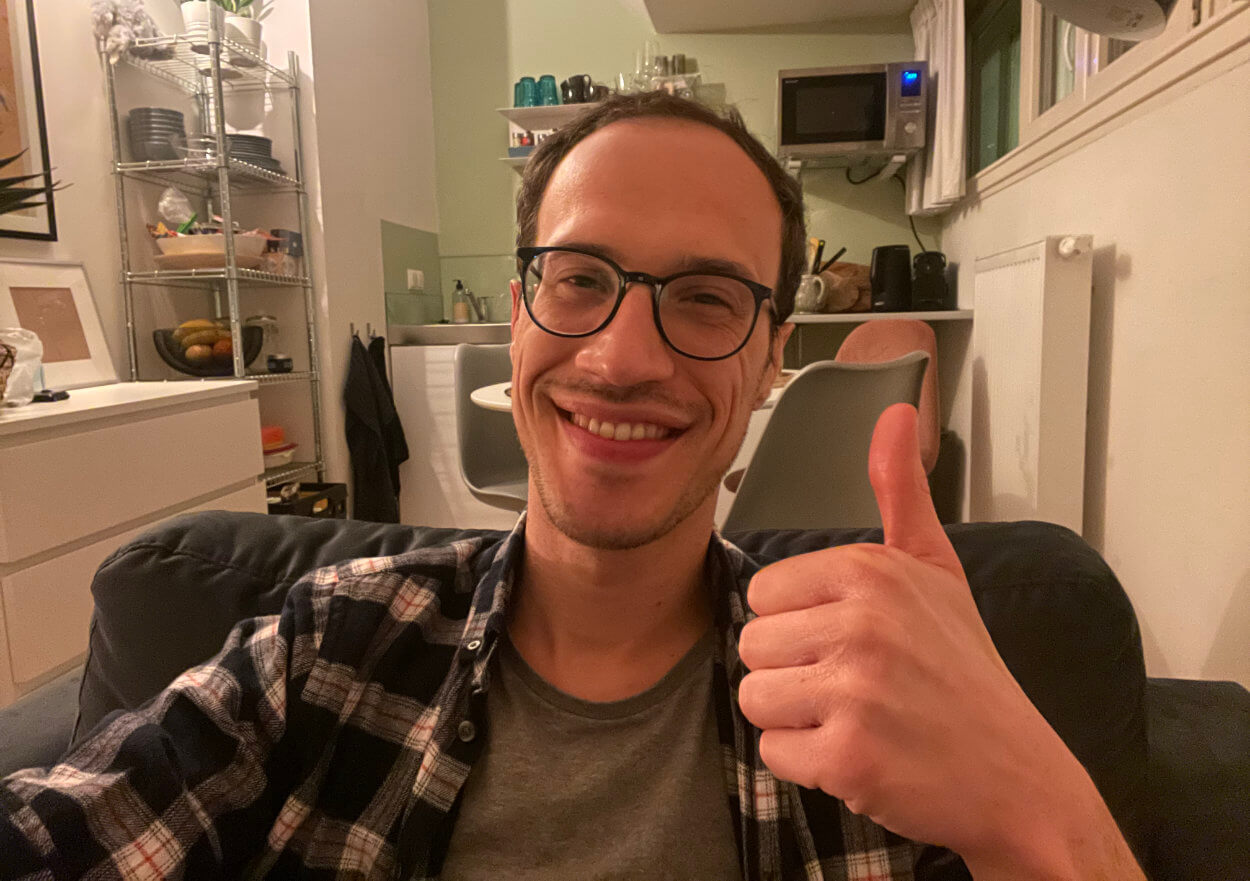 Exhausted, as you can see from the photo. But it feels good. I moved into a nice, cosy place in what’s arguably the liveliest street of Rotterdam. Every time I walk out of the door I see people drinking and laughing, so it’s a great vibe overall.

Moving into a new place is nothing new for me, though.

Ever since I started going to university at 18 (I’m 31 now), I never really lived in one place for more than 1 year. Often a lot shorter.

So as I was sitting in my new home today, I asked myself: ‘what has all this moving around brought me?’. In this article, I’ll share 3 things I’ve learned from moving into a new place every 1 to 12 months for the past decade.

Moving into a new place – even if it’s in the same country or city – can feel like a new start. It’s an opportunity to change yourself and grow as a person.

Researchers say as much as 95% of our behaviour could be habitual. In other words: most of our thinking and actions are nothing but automatic responses to certain triggers in our environment. So if we want to create new or better habits, one thing we can do is change the cue. 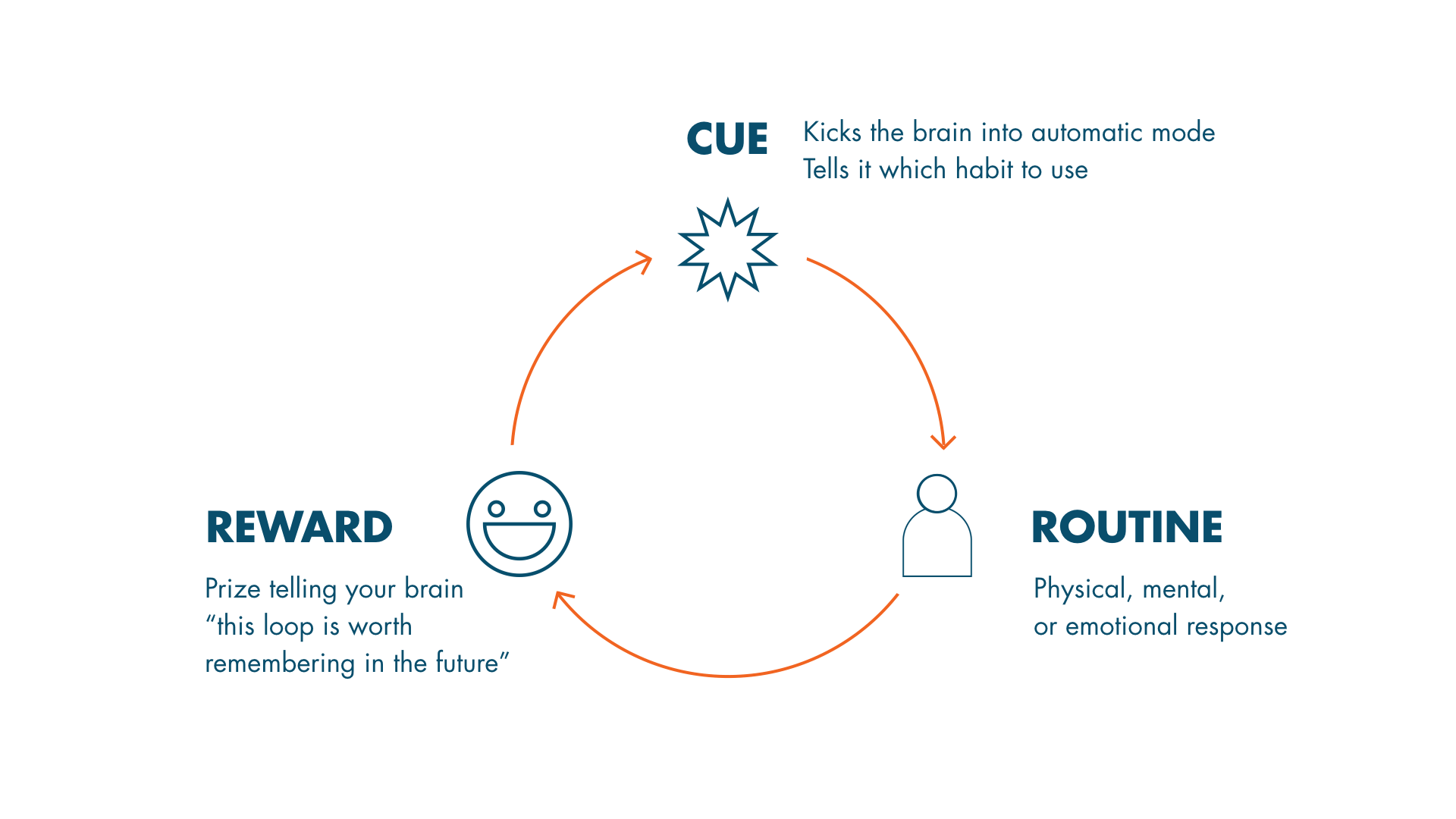 The cue – as Charles Duhigg explains in his book The Power of Habit – is the trigger that kicks off a habit. For example, finishing your lunch could be the cue for eating something sweet. Or waking up from your alarm could be the cue to brush your teeth.

Cues can be tied to certain times, to your emotional state, to the people around you, to a previous action and, of course, to your location.

The inside and outside of your home are likely filled with cues that kick off certain routine behaviours. So moving to a new place can change a lot of these.

I experienced this time and time again. For example:

With every move, change happens. When you are aware of the change you want to make and consciously take action to build a new habit around it, you can direct that change into nearly anything you want.

If you don’t take conscious action, however, before you know it you will have copied most of your old habits back into your new place 🤷

So when you move – or when a major change happens in your life, like a break up or getting a new job – think of who you want to become. Think of how you want to grow as a person. Then direct your efforts toward that change.

And if you don’t know what you want exactly, but you know that you want to change? My tip is to work out. A lot. Nearly every day if you can. This habit will inspire positive change in other areas of your life as well.

“Typically, people who exercise, start eating better and becoming more productive at work. They smoke less and show more patience with colleagues and family. They use their credit cards less frequently and say they feel less stressed. Exercise is a keystone habit that triggers widespread change.” — Charles Duhigg

I used to think that I wanted a life of travel. To see the world. To work from wherever I want, whenever I want. My home country, The Netherlands, felt boring to me. I was craving adventure and new things to discover.

So, I did travel the world.

I lived and worked in Sweden, Hong Kong, Shanghai, Bali, Thailand, Malaysia, Vietnam, Singapore and pretty much all over The Netherlands.

I don’t remember much of the places. I remember the people 🧑‍🤝‍🧑

The interactions I had. The relationships I built. The kindness I was shown. I noticed that every single time, I didn’t mind leaving a place. I minded leaving the people of that place.

What I decided for myself over time, is that I have the power to build my home wherever I want as long as I invest in building strong relationships with the people around me.

That’s a major part of the reason as to why I started KREW – our relationship-based community of driven entrepreneurs. I wanted to be able to create a home wherever I went. Even if that was in the “boring, old” Netherlands.

And the best part of building more solid relationships: you don’t have to say goodbye as often. When you travel, relationships with people are intense but often short-lived. When you stay in one country, however – closer to the same group of people – you can build relationships that stand the test of time.

That’s home to me.

I’m at the age where a lot of my high school and university friends are buying houses and settling down. I, in contrast, am building businesses and I’m travelling around.

I love finding new places to live that inspire me and make life more fun.

When COVID hit and people were travelling less, for example, I came across a hostel in the centre of The Hague. Because they didn’t have guests coming in due to the pandemic, they were renting out rooms long-term. The rooms felt like your own private hotel suite. Can you imagine that? Living in a fancy hotel for over 6 months? I can now.

The best part was that when everyone was feeling sad and lonely during lockdowns, I was having a ton of fun with the other people at my hostel. We had a massive shared kitchen, where we would often hang out, cook and make music together.

This hostel is actually where I seriously learned to play the guitar.

When I told people I’m living in a hostel, they were like “what!?”. Of course, hostels don’t usually have the best reputation. Especially not as someone’s home. But this wasn’t just any hostel. It was a newly renovated hostel, with private rooms and bathrooms and an amazingly social atmosphere. It was awesome. 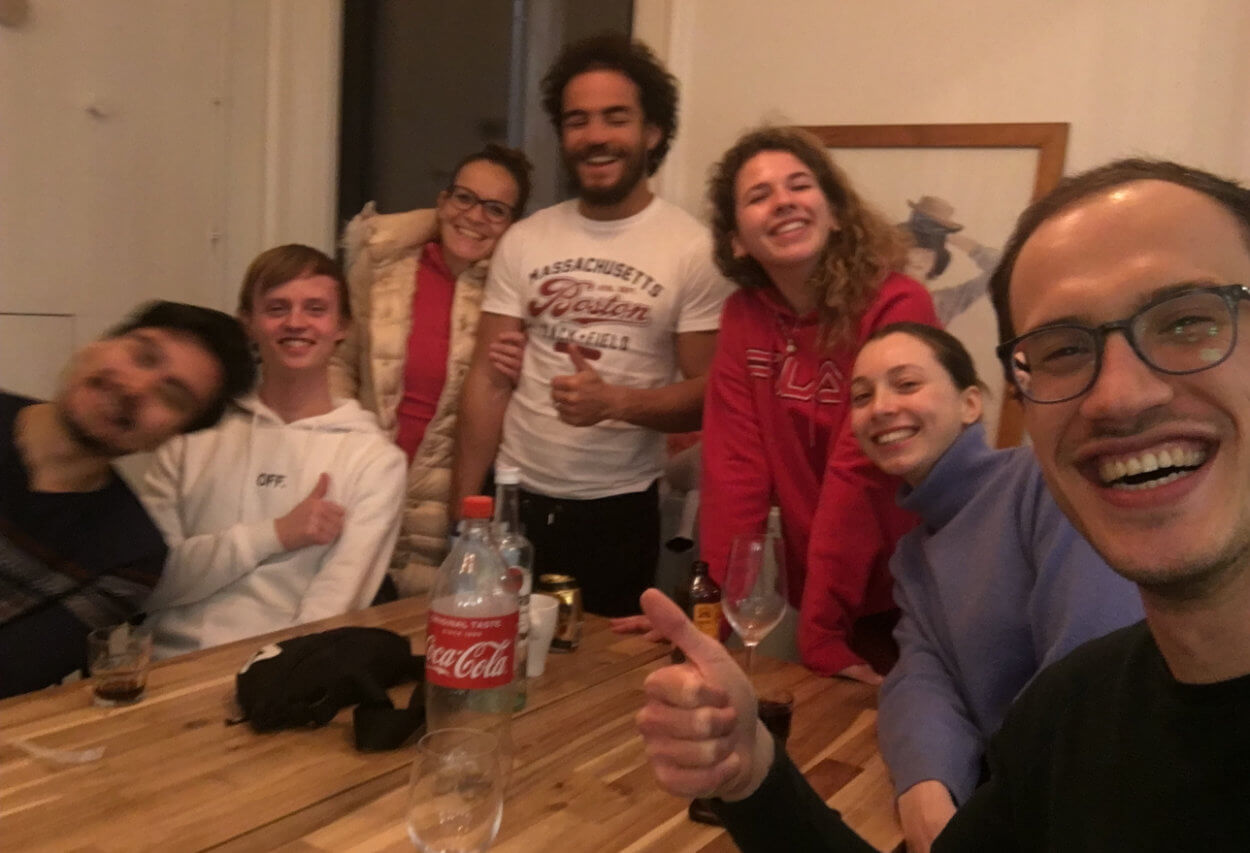 The reason why I’m sharing this story with you is to remind you that you always have options.

Sure, all your friends may be buying houses or settling down, like mine. Or maybe they are single and they feel like they need a place of their own, because they aren’t students anymore. Well, I dislike living on my own. I much rather share a place with awesome people. Heck, I’d even pay more for that.

In other words: you decide how you want to live. No one else.

I’ve gotten very comfortable just following my own path and choosing the options that I believe are most fun or fulfilling to me.

Sure, sometimes I do still feel the pressure of buying a place of my own as my friends are talking about house prices and mortgages. But then I think of everything else that my lifestyle is bringing me, and the thought of living any other way quickly flees my mind.

To move around or to stay in one place? 🧳🏡

Now, for the big question: should you move around or stay in one place?

As you can tell from my story, I love to move around. I love the opportunities for growth it creates, the adventure it brings and the new relations it might lead to. But I also like to stay in one spot. To have more space to build sustainable businesses and relationships.

At the moment, I found a kind of in-between solution by moving around in The Netherlands but not so far that I’ll have to start by building new relationships in a place I’ve never been before.

It’s great like this for now, but I might change my mind in the future. Maybe I’ll want to travel to set up KREWs all over the world, or maybe I’ll get into a serious relationship that would require a more permanent base somewhere. All of this is possible and I like to keep an open mind.

I believe that in the end, the only one who can answer how much you should move around is you. Though I do think that everyone can benefit from moving around every once in a while.

So if you feel like you want to: just give it a go 🚀

You have nothing to lose as long as you keep investing in the relationships that matter to you most. You can easily shape just about anything else.